Time for yet another summer hiatus

How did it get to be the end of June already? Or maybe a better question is how did so many days pass in succession, as they do, without me noticing? Good grief, the year is half over!

Yes, I have been writing. And thinking, and taking notes, which is an important part of my writing process.

I’ve also been doing a lot of reading. Plowing through novels in my TBR pileup, of course, as well as reading a bit of non-fiction and catching up on bookmarked articles and blog posts in my RSS feed. There are days I feel as if I’ve read the entire internet. Which I guess helps explain how time has passed without me taking note of it.

Either that or someone has indeed invented time travel and it has all gone horribly wrong, speeding us involuntarily along past potential moments of productivity so not only does no one get anything done, none of us have clear memories of the time lost. 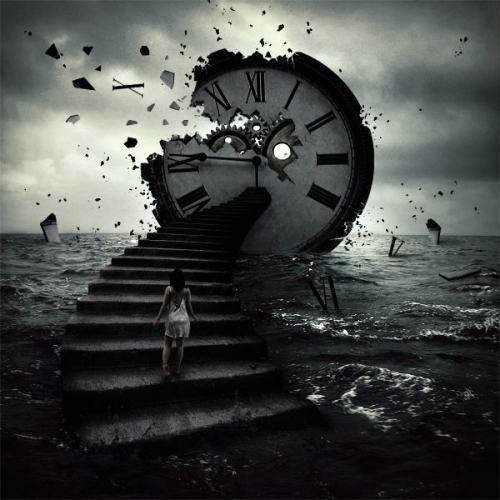 Yes, well, I suspected as much. Clearly, I need to hit the reset button on my work habits and be more mindful of how I spend time.

I’ve been told there’s a writing thing in July — and April, apparently — called Camp NaNo. An extension of the more popular and well-known NaNoWriMo in November. Their website proclaims:

“Camp NaNoWriMo is a virtual writer’s retreat, designed for maximum flexibility and creativity.”

I’m not planning to participate officially. Mostly because I’m contrary and really bad at following along and obeying rules. But I’m a member of a small group of writers over on The Book of Faces and someone there proposed we have our own informal “retreat” in July, stating our goals in a similar fashion and cheering each other on. So I’ll be doing that.

My goal is to finish the revision of the story I drafted in April. I really hope it won’t take the entire month, since most of the heavy thinking is done and now I just need to write the rest of the words. Then again, the way time is passing, in three days it will be Thanksgiving and 15 minutes after that, Christmas. Unless my A/C breaks down, then roughly a dozen years will pass before summer is over.

Anyone else have big plans or goals for July? Deadlines? Vacation? Long stretches of indolent wave-gazing at the beach?

I’ll be over here trying not to read the entire internet every day, doing my best not to read anyone else’s words at all. Not even the one-word-at-a-time lure of WWF with my youngest sister. *sigh* In fact, other than email and semi-regular goal check-in and whip cracking with fellow writers, my plan is to be internet-free for July.

Ignoring the internet like . . . well, like a cat with a mouse on its head. Probably you can imagine how long that lasted. 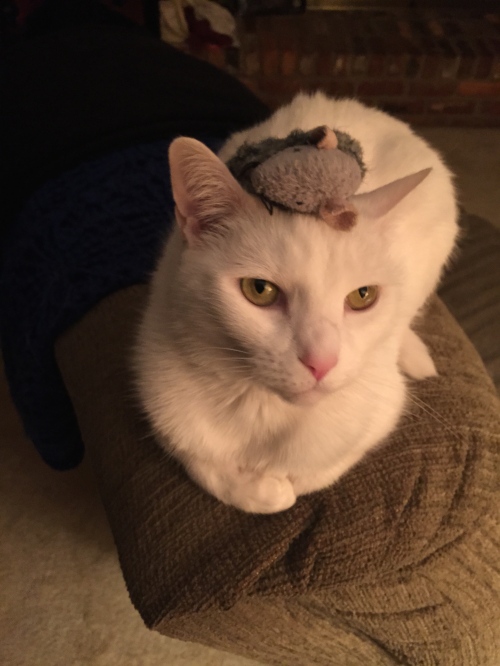 Wish me luck. And determination. I’m going to need all the help I can get.