A to Z Challenge: B is for Beach, and Bats 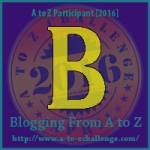 B is for Beach, and (by request) Bats

Zoey stood just outside the front door, the mansion looming behind her in the gathering gloom, shivering and thinking. Cursing herself for hanging around when she knew she should have just done the job and gotten out.

The road was impassable, yet Ferraro had managed to find a way in. She’d find a way out. But she only had a few more hours of light until she’d have to regroup and try again tomorrow. Her contact had instructions not to linger after dark. The area was far too dangerous and she didn’t know all the rules of this place.

And now, with Mr. Tall Dark and Gothic in residence, the need for an alternate means of escape had become somewhat more urgent.

She pulled on her gloves and turned up the collar of her coat against the cold wind, glad she was wearing jeans and sturdy boots. She walked along the side of the mansion facing the sea and noted the snow cover was sparse here, barely a dusting, even though the wind was blowing straight in from the water. Squinting against the setting sun peeking out from below slowly departing storm clouds, she made out what looked to be a faint path leading toward the edge of the cliff. She’d glimpsed parts of the beach from her bedroom window but hadn’t yet bothered to search for an accessible path.

Certain she was being watched, she strolled casually in the opposite direction for a good distance, pausing occasionally to stare at the horizon or kneeling to investigate some bit of hibernating flora — nothing to see here, boss, move along — before wandering slowly back to the faint path in the tall winter-dry grasses at the edge of the cliff. Not that she thought she was fooling anyone, but being deliberately obvious seemed so gauche.

She could have rappelled down if she had her climbing gear, but she didn’t. Nor did it appear there was anything substantial enough to serve as an anchor. Oh well, she’d just have to free-hand it and hope her skills weren’t too rusty.

She knelt again, leaning forward as far as she dared to peer over the lip of the cliff, stretching her muscles at the same time and trying not to be too obvious about that either. Satisfied by the look of the narrow rock ledge a few feet down, she grabbed fistfuls of the dry grass at its roots and nimbly vaulted over the edge, landing in a crouch.

She paused, half expecting to hear that deep commanding voice saying, Ms. Prescott. Again. As if he didn’t know many words or was reluctant to use them. Not that she’d behaved much better, with her fake ditzy-girl smiles.

But no one called for her to stop, so she started her descent. The cliff face wasn’t as sheer as she had feared it might be and there were plenty of ragged outcroppings. She was on the beach in no time.

It wasn’t much of a beach, as beaches go. Narrow and rocky, littered with fragments of broken shells that washed ashore after being dashed against the sharp pure-white rocks that ringed the small cove like a blockade against the sea. Or a fence to keep things in. In contrast, the coarse sand was as black as the soot-stained spires and chimneys of the mansion that towered starkly on the headland above it.

“What an inhospitable place,” she muttered. “It’ll never be a prime vacation spot, that’s for sure.”

It was also a very unlikely place to land a boat. Or even a raft. They’d never make it past the jagged, closely spaced rocks that rose a good 30 feet above the water in places. Great defensive feature, though. If you were worried about marauding Vikings. Or maybe pirates.

Dismissing the sea as an escape route, Zoey studied the face of the cliff, which appeared to be significantly taller and steeper than it had been just moments ago. How very . . . interesting. She didn’t think she was imagining it, so that was useful knowledge.

She noticed a switchback path rising from the far side of the beach, oddly smooth in spots and worn into the cliff as if it had been made by thousands of footsteps over centuries of time. Or as if something heavy had been dragged along it, wearing down the stone.

From her vantage point, she couldn’t see where the path ended. But it appeared to extend up well above the high water marks, of which there were several. Another oddity of this place.

Mindful of the limited time, she sprinted across the beach and was scrambling over the boulders at the base of the cliff, heading for the bottom of the path, when she heard a high-pitched chorus of sound. A faint but distinctive noise, sort of like squeaking. Chirping, maybe? She looked up, way up, and saw a handful of small creatures flying out over the water from near the top of the cliff, their small winged bodies dark against the dusky sky as they wheeled back toward land.

“Birds?” She squinted, then shuddered with realization. “No, they’re bats. Oh, no. No thank you very much.”

She turned around with the intention of abandoning the path and climbing back up the cliff where she’d come down, only to see the tide had come in. Really fast. Faster than any tide she’d ever seen. The beach was almost completely underwater and frigid waves were lapping at the boulder she stood on.

Left with no choice, she started moving quickly up the worn path. Toward the freakin’ bats.

Filed under A to Z Challenge, Anton and Zoey, blogging, just for fun

9 responses to “A to Z Challenge: B is for Beach, and Bats”

This site uses Akismet to reduce spam. Learn how your comment data is processed.