And sometimes, it feels like you did just fine

As a parent, I have a constant low-level anxiety running through my head, a nagging persistent combination of dread and hope. And guilt. I think all parents do. This is completely separate and different from the constant worry that your kids will get eaten by BEARS.

It’s the worry that you have managed, somehow, to completely screw up your kids in spite of your best efforts. It alternates with the somewhat desperate belief that maybe you haven’t done too much damage, after all, in their journey from infancy to adulthood. This has nothing to do with any evidence one way or the other. It doesn’t mater how happy and successful and well-adjusted your kids seem to be. It has no basis in reality, unlike that whole BEAR thing.

But every once in a while, your kids do something or say something and the constant cycle of dread/hope/guilt pauses and lightens for a moment. The sheer relief and welling of emotion are almost overwhelming.

I had two such moments recently.

My son and I were texting back and forth the other day. He was sending me funny (and slightly inappropriate) pictures of various internet memes. He shares my dry irreverent sense of humour and I was laughing (and groaning) at all of them. This was probably the least offensive: 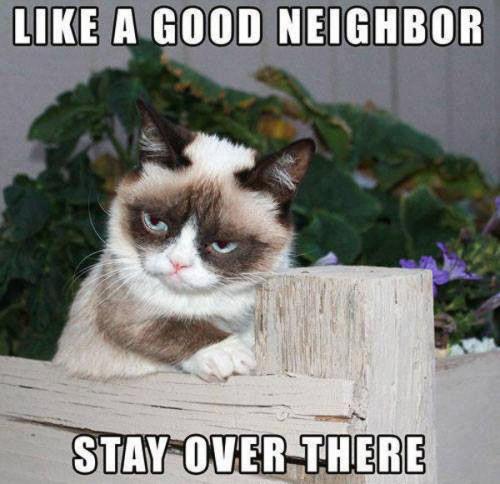 Me: “LOL. Yes, my hermit self agrees with this sentiment.”

Me: “But FB is great for that kind of thing.”

Him: “I just like laughing at these funny pics. I don’t care if anyone sees that I think it’s funny.”

What a refreshing attitude, compared to the people I see online whose sole intent seems to be getting ALL THE ATTENTION. Ahem. Yes, mea culpa. And I realized that my son has a very level head on his shoulders. Plus one hell of a lot of self-confidence, to enjoy the things he thinks are funny or interesting and not care whether other people “like” or “favorite” everydamnthing he says.

It was impressive, all the fucks he did not give.

Did I teach him that? I don’t know. Not intentionally. Maybe I could stand to re-learn that lesson, myself.

And then my daughter (who lives in Boston) posted these before and after pics on facebook yesterday: 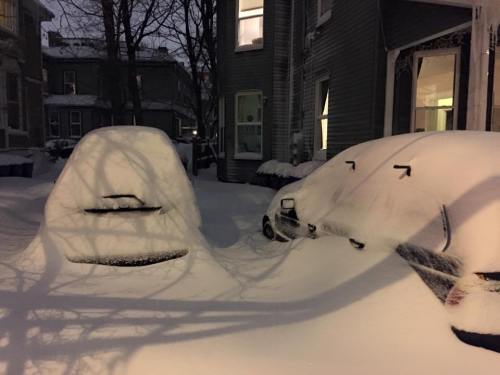 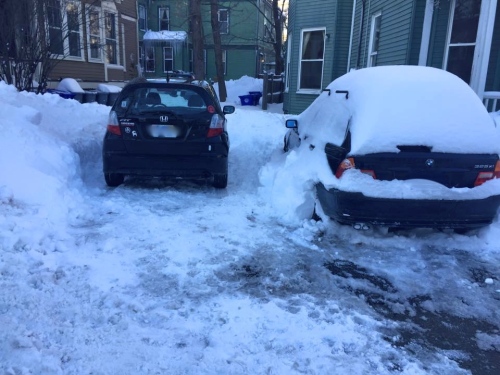 Yes, of course, I was proud of her for tackling that impressive accumulation of snow. This wasn’t the snow from last week, when they got 20 or so inches. They’d already dug out from that, thankyouverymuch. This was new snowfall, more than a foot of it, that fell on Monday.

Thing is, I know she’s physically strong and mentally tough. She’s more than capable of shoveling snow. I certainly shoveled enough of it myself, growing up in Minnesota. So I know it’s hard work, but I also know it’s manageable for someone who is young and physically fit.

That’s not what had me all choked up. It was the hashtags she added to her caption:

Sometimes, in spite of our best efforts, our kids turn out to be pretty damn impressive people.

Sometimes, you just hope you can live up to their example.

3 responses to “And sometimes, it feels like you did just fine”