One step at a time

I know, I’ve been quiet lately. I’ve been feeling subdued. Introspective. Sometimes when I’m quiet it’s because I have nothing to say. Other times there’s just too much and it’s overwhelming and I don’t know how to say it. It has been a little bit of both, lately.

I’ve gone through intense periods of time the past few months when all I can do is write. And equally intense periods of time when I simply can’t. When all I can do is think. But honestly, frustrating as it is, “just thinking” is a necessary part of my process. Still, none of that helps with writing blog posts. And sometimes you just have to go with some random topic so people will stop wondering whether you’re still breathing.

My daughter sent me a text message yesterday, saying she had just achieved a personal best time in running— two miles in 19:20. She said it’s the first time she has broken the 10-minute/mile pace.

My second thought was, “Oh for godsakes, you are so disgustingly healthy.” Okay, fine, that was actually my first thought. But it was closely followed by that I’m so impressed thing. Really. They were almost the same thought.

I’ve always hated running. Always. I don’t hate when other people do it, I just hate doing it myself. These days, with my ridiculously messed up knees, running is not even an option. Not even if I loved it. Which I don’t.

But I have been concerned lately about my lack of exercise. Well, let’s be honest. It’s more of a lack of movement. Of any kind. I have become terrifyingly sedentary, now that I’m working at home full time. Even more so than when I was unhealthily sedentary while chained to a desk in the working world five (or six) days a week.

I sit when I write. And when I read. I sit while browsing the internet. The cat insists I sit for a certain length of time each day so she can snuggle. It’s a problem. And it’s dangerous to my health. I know that.

Part of this burgeoning [ahem] problem, as I perceived it, was my close and continual proximity to my kitchen and all the lovely food contained therein. Lovely healthy non-fattening food, of course. And I’ll admit, I focused for a while on food as an issue because it was easier than contemplating exercise.

I like to think I’m pretty knowledgeable about which foods are fattening and what constitutes healthy eating. I mean, it’s basic common sense, right? But since I was   looking for fancy electronic toys to quantify my eating habits, I started using MyNetDiary. So I could officially document my oh-so-healthy food choices. I could at least reassure myself that my caloric intake was not a problem.

The thing about NetDiary is that it not only tracks calories, it also categorizes fat and carbs and protein. Depending on which diet theory you subscribe to, each of these things is considered, by someone, to be BAD. But arguably, depending on what type of fat it is, fat is the worst of the three. And I was surprised to find that I was consuming too much of it. That things I’d always considered to be “protein” were also pretty high in fat content. Mostly, cheese. Damn, I love cheese. Did you know eggs contain fat? Chicken fat, I presume. And nuts. You add a small handful of pecans to your nutritious salad at lunch and OMG, suddenly you’re courting death. Or something.

It has been an interesting experiment. But really, my eating habits are pretty healthy. So now my focus has shifted to increasing the use of my muscles. Yes, I still have a few. They’re pitiful, but I have hope I can figure out how to make them work again.

I’ve decided I need to do more walking. More than the paucity of steps that comprise the well-worn trek between my desk and the refrigerator. Walking is fantastic exercise. And with my knees being as irrevocably messed up as they are, walking is one of the things I can still do without it resulting in urgent reconstructive orthopedic surgery. Or amputation. 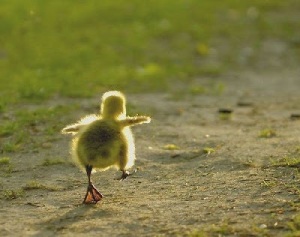 I know there are a bunch of things out there that do this. But none of them are free, as far as I can tell, so I want feedback before I invest. Have any of you used these things? I googled FitBit and it looked promising. But since then I have been mercilessly stalked by online ads for their product and am sort of pissed off enough by the intrusion that I don’t even want to give them a try, let alone my money.

I know. I am so unreasonable. And so reluctant to admit I need to do this. Sigh. Exercise is hard. Writing is hard too. Isn’t it enough that I’m doing one hard thing? I have to do two hard things at once? And how many times can I write “hard” in one paragraph without having prurient thoughts and snickering before I change all occurrences of that word to difficult?

What was I saying?

Right. Keeping in mind that I don’t have a smart phone (so apps are not an option) and have absolutely no desire whatsoever to connect with an online group of strangers who are also tracking exercise, do any of you have a suggestion for a tracking device? Hmmm, perhaps “tracking device” is a bad choice of words. I really don’t want to have to intercept NSA reports on a daily basis to figure out how many steps I’ve taken. Although I’m almost convinced they could tell me, give or take a step or two.

How do you all keep track of your daily activity? I need some inspiration and motivation.

Filed under goals, health and well-being

Tagged as random blog posts, running, sitting way too much, walking, writing and your health

7 responses to “One step at a time”