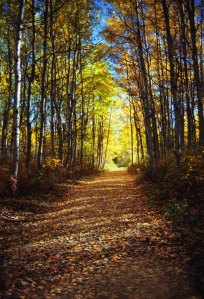 Some of you know I have recently lost five pounds and have told me that’s great and I must have found a strategy that works for me. Yes and no. Those five pounds were lost due to grief over the death of a dear friend. I simply couldn’t eat. This is not a good plan and I do not recommend it. Keep as many of your friends alive as possible.

But I figure as long as the scale is moving in the right direction, I should take advantage of that. At this time last year, I was feeling very pleased with myself for having lost 23 pounds. I maintained that weight loss for a long time. But inner slugs being what they are (and mine is incredibly successful, not to mention sneaky as hell), I have now gained back roughly half that amount.

So here’s the real plan, in case anyone is interested. I have no credentials whatsoever to give this advice and you should probably disregard all of it and talk to your doctor instead. It’s pretty basic stuff, but this is what seems to work for me. When I follow it. And that’s the hard part, isn’t it?

And that’s it. Pretty much just plain old, long-winded common sense. It may not work for you at all, but I’m going to do my best to follow my own advice. It has worked for me in the past. We’ll see what happens this time. I won’t be blogging about this on a regular basis, but you can follow my so-called progress by checking out those ticker things over on the side. I tried to set easily (HA!) obtainable goals on those things, but once I’ve walked 50 miles, I’ll re-set it for 50 more. And after I lose the first 20 pounds, I’ll start to work on the next 20. Oh, believe me, there are at least 20 more. The weight ticker won’t change as often, since I refuse to weigh myself more than twice a week, but the exercise one should change daily.

Well, that’s the plan. It’s good to have a plan. You want to tell me about yours?

People have been telling me to take it easy, get some rest. So today I decided to mess with my blog and see whether I could break anything. It turned out to be not such a “restful” process — hey, this borders on craft, far as I’m concerned — but so far it all seems to still work.

The old blog was sort of blah and boring. I kind of like the new look.

What do you think?

Addendum:
Ok, so I added a little exercise thing over there —– >
And then I had to mess around and figure out how to change the mileage on it. But just to be completely honest here, I have NOT YET actually walked 1.5 miles. Just wanted to see how it worked.

So I guess now I have to replace the batteries in my treadmill (so the LCD thing works and I know how far I walked) and . . . walk. At least 1.5 miles.

Who knew this was going to be such an ordeal.

One Good Thing — how hard could it be?

McB has challenged me to come up with One Good Thing about today. But I have to do it before the end of the day. I’ve been trying all day to think of something and this is just not as easy as you might imagine. For example:

My commutes to and from work today were uneventful; but it only takes four minutes each way so perhaps avoiding disaster for that short a period of time doesn’t qualify.

I did not say or do anything at work today to get myself fired; but my boss was not in the office at all today so that doesn’t really count either.

But, hey, my boss was not in the office pestering me half to death today so I was very productive and got a lot of work done; but it was mostly stuff he should have done had he been there and not so much my own work and that’s not good it’s just frustrating.

I didn’t have to buy lunch today because I ate the lunch I brought yesterday yet didn’t get around to eating; but it was a salad and it was, um, kind of wilty and . . . not so good.

Sigh. You see? This is not an easy task, but I will persevere.

It was bright and sunny today; but I forgot my sunglasses at home and while I didn’t have to be out in it for more than four minutes at a time (see above re commute) it was hard to see and my eyes are watering even now just thinking about it.

Last time I checked I had not said anything today, publicly or privately, that would offend or anger anyone; but the day is not yet over and you just never know.

Geez, you’d think McB could wait and issue this challenge on a weekend when there are All Sorts of Good Things to report. I’m telling you, the woman is a tyrant.

Hmmm, what else . . . well, the neighbor’s tree that is leaning precariously did not fall on my house today; but the wind is supposed to pick up a bit here tonight and, well, let’s just hold off on that thought for now.

When I got home from work the dog was still in the back yard where I left him this morning and the cat was still in the house; but they each seemed to want to be elsewhere so from their perspective maybe that is not such a good thing and it makes me a little nervous that the cat seems to think there is Something of Great Interest in the garage.

It’s cold enough tonight for a fire in the fireplace and I have a new book waiting to be read and I’m pretty sure there’s some popcorn around here somewhere; but instead I’m sitting upstairs at my computer agonizing over this and having flashbacks to the spaced-out college history professor who gave bizarre writing assignments like the one to Define and Defend Ten Good Things About the Spanish Inquisition — but maybe I’m remembering wrong and it was Eight Things. Okay, fine, so maybe it wasn’t the Spanish Inquisition. It might have been the Industrial Revolution. Or the Ice Age. Hey, it was history, I wasn’t paying attention.

I’m getting desperate here. The day is almost over and I still don’t have One Good Th– no wait, I think I’ve got it: it is entirely possible that one person, just one mind you, will read this blog post and it will make them laugh. Yeah, yeah, I realize it’s a very slight possibility, and honestly I’d settle for a smile or even a smirk, because I think that still counts. And that would be One Very Good Thing.

There. My work is done.